Postings of Web Sites by Artists

Posted by PaintingsbyLinda at 1:29 PM No comments: 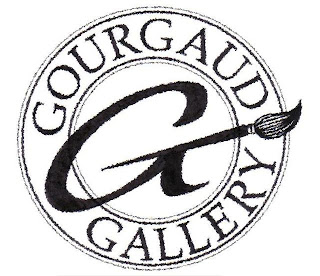 BECOME A FAN- OR JUST TAKE A LOOK!
Posted by PaintingsbyLinda at 10:58 AM No comments:

Sample of Art Work from current Exhibit at Gourgaud Gallery 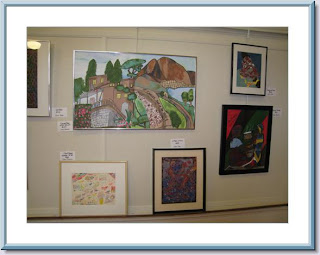 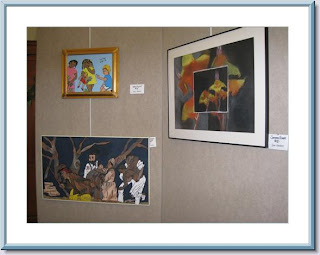 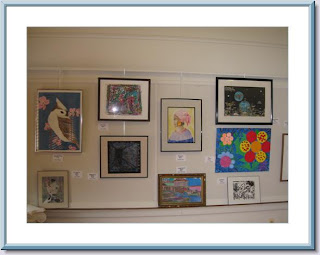 Here are some photos from the A-Team exhibit at the Gourgaud Gallery Art Exhibit
The show runs through Feb. 27, 2011
Posted by PaintingsbyLinda at 8:36 AM No comments:

Cranbury Gallery to Display "Art from the Heart"

A-TEAM Artists are taking an open-heart approach to sharing their creativity with the community.
Whether it be portraits, modern geometric shapes or landscapes, the group of artists, now in their tenth year of operation, invite the public to come out and view their pieces at the opening of the fifth annual “Art from the Heart” exhibition at the Gourgaud Gallery in Cranbury's Town Hall from 1 to 3 p.m. Saturday.
The group was formed when a few artists who regularly patron the Trenton Area Soup Kitchen (TASK) formed an artists’ cooperative known as the A-TEAM Artists of Trenton.
The creation space was provided by TASK, said Jaime Parker, the community relations spokesperson. Supplies are provided by TASK, and the artistic activities are led by the group.
“It really is a growing program, and the biggest way it grows is when people will come in for a meal, and then they learn about all of the other activities they can get involved in,” Parker said.
“The meal is what draws people in, and then they stay to work on their other creative skills,” she added.
Anyone can visit TASK, no questions asked. There is no economic requirement needed to receive a free meal.
Many of the A-TEAM Artists are self-taught and they span the media gamut, from paint, pencil and ink, and pastel to collage and found-object construction.
The dining rooms regularly serve as art galleries, Parker said. Many A-TEAM Artists curate the multi-purpose room and keep the walls full of color and visual interest.
The group is open to anyone who comes into TASK, and a spokeswoman from the group said that some patrons are contributing artists year after year.
“It’s essentially growing by leaps and bounds,” said one spokesperson.
According to the A-TEAM  website, the price of admission into the group is a piece of artwork, and when possible, attendance at an occasional A-TEAM business meeting.
Through these meetings, the group organizes what shows it will participate in.
Although the group’s tenth anniversary is this month, the notoriety of the group isn’t to be found in any black and white paper printout.
The word is instead largely on the street, Parker noted, and the group is quite popular by word of mouth.
The group gives back into the community by further developing their own artistic abilities and traveling to help others; they visit the Arc of Mercer, a nonprofit dedicated to those with intellectual disabilities, once a month to conduct art workshops.
The group also hosts monthly visit from patients to the art therapy program at the Trenton Psychiatric Hospital.
The exhibition in Cranbury opening this weekend will feature a “Tailgate” theme. In addition to the artwork, visitors will see a performance by the TASK musical group, The FunTASKtics, as well as poetry readings.
Cranbury Arts Council President and Gourgaud Gallery Chair Amy Amico said that the council will waive the typical 20-percent donation fee they normally charge visiting groups, so all proceeds will go directly back to the A-TEAM Artists.
For more information on the A-TEAM, to donate art supplies or other resources, to volunteer to work with the artists or just to learn more about the group, contact Susan Darley at 609-695-5456, ext. 129.
Posted by PaintingsbyLinda at 12:52 PM No comments: